The Next PC Evolution Will Bring a Richer User Experience

Ed.: This is the third of an occasional series by the authors of the 2017 iNEMI Roadmap. This information is excerpted from the Roadmap, which is available from iNEMI (http://community.inemi.org/content.asp?contentid=51).

As notebook computers seek to move toward a tablet user experience, thinner and lighter will be the name of the game. Although these are legacy mobile trends, they will accelerate aggressively in the near term to move forward hybrid (tablet/notebook combo) designs. Expect the technology/feature compromises required to get to these aggressive thin and light form factors to be less over time. Enabling thinner systems will require thinner components throughout the system.
The system chassis materials that were predominantly injection-molded plastics have moved to metal or improved plastic material formulations that can maintain the structural rigidity required with minimal wall thicknesses. Mass storage has been moving to SSD, flash memory or hybrid disk drives that are ultra-slim and more shock-resistant. Optical drives are phasing out and offered as externally connected devices instead of integrated. I/O connectors have moved to low profile. Expect that a common very small, low-profile high-speed connector standard will arise to replace almost all connectors on a PC. Keyboards are becoming ultra-thin but still retain enough thickness to provide the tactile keypress feedback that users desire, versus a keyboard on a touchscreen. High-res touchscreens are now commonplace for these new systems. Fans and heatsinks must be thinner but maintain or improve performance characteristics.

At the IC level, ultra-thin/coreless package substrate technologies and die thinning technologies are required, as well as the assembly and test technologies to manufacture them. High-density interconnect (HDI) PCB technology is needed to minimize board size. PCB interconnect pitch often constrains shrinking of package sizes of complex components with high I/O counts. The pitch is limited by PCB routing geometries and capabilities available for conventional low-cost boards. Shifting to HDI PCB technology can eliminate this constraint, but the cost is prohibitive, and system makers have not been able to justify the increased cost.
The key challenge is to find an affordable way to transition the high-volume office segments to high-density PCB technology that supports a finer interconnect pitch to permit smaller and lower-cost component- and system-level packaging.

With all this innovation and end-user enhancements reinvigorating office computing systems, we cannot lose sight of cost. All of the areas mentioned above will drive increased investment, and therefore cost, to an industry that is mature and commoditized. The challenge will be to enable these innovations at a price point similar to today’s systems. This will be key if this new era of systems with incredible user experiences is to evolve and prosper.

Desktop systems. The trend to smaller footprint/volume systems for desktop PCs is somewhat constrained due to the channel segment (~50% of desktop volume) because of the economic infrastructure around standardized form factors (ATX, microATX, etc.). These form factors are slow to change because of the commodity cost levels in place for standard components. Expect a continued shift to smaller standard desktop form factors such as microATX, as the smaller footprints can attain lower cost and are highly desired by emerging market consumers. High-volume OEMs can take advantage of customizing and shrinking form factors and implementing smaller-sized systems to lower cost and differentiate from the standards. All-in-one (AIO) desktop systems like Apple’s iMac have gained a larger percentage of the desktop market. These AIO systems have continued to increase in popularity with the integration of high-res touch panel displays and new operating systems to utilize their capabilities.

Future office systems will require high levels of interaction with the user, creating an experience at once more immersive but still intuitive and natural. Sensors (gyros, GPS, compass, accelerometers, proximity, etc.) of all kinds will be integrated into the systems, equivalent to and beyond what phones/tablets have today. Expect multiple microphones and cameras to constantly collect data to be interpreted by the system, which will extend computers in new and amazing ways to improve productivity.

Wireless will continue to play a larger role in home connectivity, as well as broadband, so we might see more competition from fixed 4G LTE, especially in developing parts of the world that lack good wireline infrastructure. Better wireless within the home might reduce the need for wired routers and switches.

Performance. Multi-cores, multi-threads, multichip packages, and integrated system-on-chip (SoC) will drive more functionality and performance to a fewer number of component packages in a PC system. The number and speed of the I/O will continue to scale, and there will be more interfaces on fewer system parts. Challenges such as higher attenuation, reflections and non-linearity at higher frequencies will need to be mitigated by improved board and package materials, while maintaining affordability, tighter processing specifications and narrower process windows.

Integration. Integration of platform-level components into the CPU (or other platform ICs at both the package and silicon level) will accelerate, driven by competition, cost, performance and form factor. Many discrete elements of the platform have the potential for integration, including memory controllers, graphics processors, memory (volatile and non-volatile), I/O controllers, voltage regulators, etc. Component integration such as SoC and system-in-package (SiP) is increasingly seen and will become even more common. Expect more package-level integration in the form of MCPs (multichip package), as it provides quicker time-to-market and acts as a stepping stone (and market test) before implementing full silicon integration. Although integration may reduce the total number of components at the platform level, the packages resulting from integration will proportionately need to increase in complexity (routing density and increased layer count) due to the increased interfaces and number of I/O. Continued improvement of organic package substrate capabilities and cost structure will be necessary to support this trend. 3-D packaging technologies will become mainstream due to the advantages of flexible integration, power savings and form factor reduction.

Power/thermal. There will be an extreme focus on driving platform and silicon power down over time to support the user experience. Expect platform components to enable multiple power states and schemes for turning components partially (or completely) off until they are needed.
Power density at the silicon level must be managed with proper attention to silicon design for optimum thermal management. Attention to thermal issues to avoid clustering of hot spots on the die will be critical. System power density will also need to be similarly managed since increasingly denser platform layouts will be the trend.

Power delivery systems will need to become more efficient. Voltage regulators (VR) will need to support an increased number of voltage levels with improved response time and tolerance to increase silicon power/performance efficiency. Moving the VR closer to the silicon will continue to be pursued for better power efficiency and to avoid significant increases in cost at the platform level.

Environmental. Addressing RoHS2 hazardous materials will continue to be a focus. EU RoHS2 exemption-free and low-halogen board and component levels are clearly in demand across the industry and are now expected for systems.

Worldwide legislation (RoHS2, REACH, etc.), as well as competitive pressure and green marketing (Energy Star, Eco-Labels, etc.), will continue to drive eco-friendly requirements for office/consumer systems, starting at the manufacturing supply chains and extending to the end of the product life recycle or disposal processes. 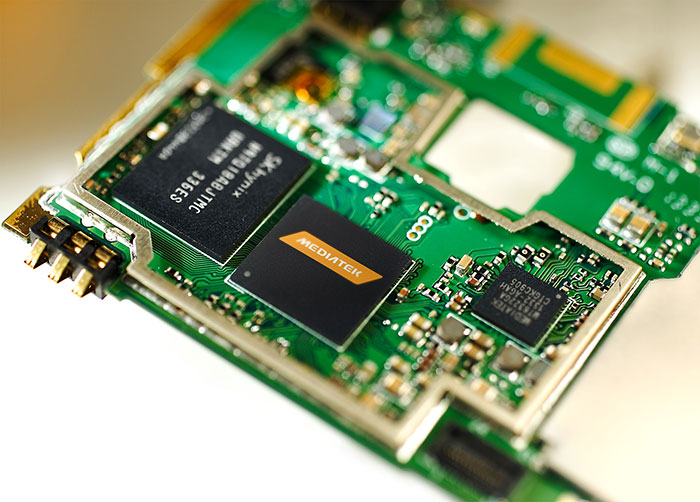 System-on-chip (SoC) packaging will reduce the number of parts in future PCs.

Chuck Richardson is formerly iNEMI’s director of roadmapping and is now managing special projects for the consortium (inemi.org); crichardson@inemi.org.