Recent port slowdowns amplify the need for comprehensive systems and the human touch.

When the labor dispute that impacted the flow of cargo through 29 ports on the US West Coast ended in February, businesses breathed a sigh of relief. Companies depending on the timely flow of goods through those ports were experiencing two-to-four week delays.

While product shortages were not severe enough for the average consumer to notice it, it did cause some empty shelves and, had it continued unabated, was likely only a few weeks away from creating widespread shortages of goods imported from Asia. The degree to which companies were impacted was highly dependent on supply-chain management strategy and creates some lessons learned in common wisdom about optimum raw material and finished goods inventory levels. In SigmaTron International’s case, no customer deliveries were expedited, nor were air shipments of raw materials or customer products to the US necessary. There was a need for air shipment of some US-produced raw materials to Asia.

SigmaTron utilizes an off-the-shelf ERP system that is enhanced by an internally developed suite of software tools. Via its proprietary iScore system, each operation and its Taiwan International Purchasing Office (IPO) have visibility into forecasted demand, actual demand, inventory in each facility and inventory on order. The IPO and distribution partners in each region act as “single” suppliers for most materials, increasing efficiency by consolidating orders. Auto-replenishment tools supported by an MRP share system take the “touches” out this process. Vendor-managed inventory ensures onsite materials availability.

An auto-replenishment strategy is in place. The primary tools for auto-replenishment are a proprietary production-driven replenishment system and automatic replenishment system tool. Distribution and other strategic suppliers have linked their systems with SigmaTron and receive pull signals via PDR. PDR is triggered automatically when iScore checks inventory for shortages as shop orders are released. If a shortage is detected, a PDR pull signal is sent to the supplier and parts are received in two-to-five days. The ARS tool is used with MRP share for the lowest-cost products suppliers typically have on the shelf.

Low average selling price components are stocked at higher inventory levels because the administrative cost of multiple transactions is greater than the cost of bulk purchases stocked in inventory. 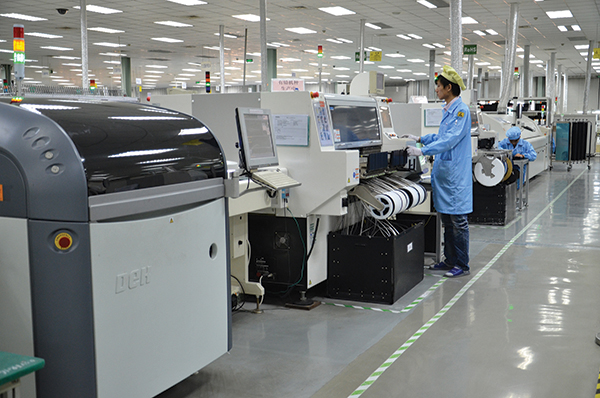 Figure 1. As a solution to delays caused by the West Coast ports labor slowdown, SigmaTron upped production in its Asia facilities to increase finished goods kanbans.

Customers also have the same level of visibility via iScore and have a dashboard for monitoring forecasts and inventory/material-on-order levels, and adjusting as needed. Finished goods kanban provides a final tool for supporting demand variability, which can’t be easily controlled within the system.

The initial warning sign that the supply-chain management team would need to change ordering patterns to mitigate the impact of the slowdown was a drop in consigned finished goods inventories at larger customer locations. In SigmaTron’s case there were three points of supply “pipeline” impact. First, finished products shipping from its factories in Asia to North American customers via West Coast ports were impacted. Second, shipments of material from Asia to its North American factories were impacted. Finally, shipments of raw material or subassemblies from the US to its Asian factories were impacted.

In considering alternatives, the team looked at rerouting shipments to alternate ports in Mexico or Canada, or through the Panama Canal. In all evaluated cases,
a choice to reroute was either limited by overland transportation options or would add cost plus two-to-three weeks to the shipping process, which negated any benefits from rerouting. As a result, the team opted to pull in production and increase inventories of raw materials and finished goods to ensure buffer stock to cover delays. Where possible, the company’s IPO and factory-based purchasing teams identified local, alternate sources for critical materials.

While the choice to increase both raw materials and finished goods inventories increased costs during the slowdown, it also prevented missed deliveries and eliminated the need to expedite materials or product via air freight, except in isolated situations. The company-wide systems visibility provided by the combination of iScore and the ERP system enabled the supply chain management team to have real-time visibility into consumption trends related to the added inventory. Systems linkages with customer forecasts provided visibility into future demand trends, and systems linkages with suppliers enabled rapid adjustments as forecasts and inventories changed.

The human factor was also key in successfully mitigating impact. Customers and suppliers were willing to work outside of the standard contractual arrangement to address issues caused by the slowdown. While the word “partner” is often used lightly to describe relationships that are anything but, in this situation true partnerships were in play. Another factor was SigmaTron’s relatively lean management organizational structure, which permitted executive decisions related to changes in the business model to be quickly evaluated and approved. A completely systems-driven approach, bound by contractual agreements and supported by an organization with a silo approach to departments, would likely have been too inflexible to make the rapid adjustments needed to mitigate the impact.

In this example, initial buffers in raw material and finished goods inventories provided the reaction time cushion needed to adjust to a longer-term supply chain interruption. The flexibility in business arrangements achievable as a result of strong customer and supplier partnerships enabled rapid response to changing conditions. Strong systems provided real-time visibility into the initial magnitude of the problem and the effectiveness of changes in inventory levels and production schedules. Once the problem was resolved, these systems also supported rapid decreases in excess inventory levels.

While not a textbook solution in terms of optimized supply chain management, this approach provided the benefit that most EMS customers consider critical: Finished goods inventories remained sufficient to meet their market demand.