As the world witnesses the rapid rise of the IoT revolution, sensor usage is being leveraged to a whole new level. Electrolube, the global manufacturer of electro-chemicals, has collaborated with device manufacturers to ensure RF signals, components and sensors are reliably protected. Sensors detect and respond to changes in an environment with inputs from a variety of sources such as light, temperature, motion and pressure. To facilitate efficient use in a broad mix of end-use environments, particularly harsh environments, sensors need to be protected to ensure reliability and performance especially within the remit of critical applications.

Electrolube’s customer required protection for a container of sensors, which enable constant reporting to avoid field failures, selective maintenance and downtime. The sensors analyse the status of industrial machinery within many different environments and industries such as petrochemical, food processing and off shore platforms. As the container is full of sensors, it communicates with a server to update the information gathered, reporting back on phones and tablets. This ultimately allows for predictive maintenance selection and scheduled downtime for maintenance rather than failures.

The sensors within the box required protection and Electrolube was tasked with creating an opaque, high quality resin to protect the design/patent with low permativity but critically a resin that will enable RF applications to function effectively without any loss of performance. UL approval was also incredibly important and Electrolube initially considered UR5604, however, this was not as effective for RF applications. The requirement for the UL approval was to ATEX standards as this is critical for certain environments, such as an offshore rig where a spark could be devastating; in these circumstances, the device would need to be explosion proof.

There are different levels of ATEX approval depending on the environment and specific areas within the premises. Electrolube’s UR5528 was also a contender as a degree of chemical resistance was thought necessary. However, this is quite a hard resin and the unit holding the sensors would be subject to a high degree of vibration making this particular resin unsuitable. Overall, a much softer resin was required.

Electrolube’s ultra-high performance polyurethane resin,  UR5118,  was put forwards for testing, but some initial problems were encountered with the customer’s current machine.  However, this was quickly resolved by Electrolube simply by amending the machine set-up to ensure it held the set mix ratio during the process to avoid any problems with curing. Offering excellent electrical properties that are perfect for encapsulating RF applications, UR5118 provides high protection in a wide range of environments and is highly water resistant, including seawater. It has low moisture sensitivity during cure and its low viscosity allows the resin to flow around complex geometries. It’s high toughness offers enhanced protection under harsh conditions, whilst maintaining flexibility down to -60°C.

It is advisable not to heat cure large volumes immediately. Rather, allow these to gel at room temperature and post-cure at high temperature if required. Small volumes (250ml) may be heat cured immediately. RF and EMC testing is often done after 7 days to ensure that the resin is fully cured. The time needed for curing completely is dependent on the geometry of the unit and testing can be done earlier as long as the resin is fully cured. In production, this is normally no problem as after 24h the unit can be handled and by the time the product is used in the field the resin is fully cured. The final resin UR5118 was selected for the application and ticked all the boxes for protecting the sensors and RF transmitters.

As a brand, Electrolube is experiencing a surge in demand from manufacturers involved in IoT applications and they are relentlessly providing highly successful solutions; on this occasion, to resolve RF transmitter concerns.

With a presence in 60 countries, Electrolube is an established manufacturer of specialist chemical products supplying the world’s leading manufacturers of electronics, automotive, industrial and domestic devices. All product ranges are manufactured at the company’s BS EN ISO 9001, ISO 140001, “IATF 16949:2016, OHASA 18001 and AS/EN 9100 Series accredited factories in the UK, China and India. 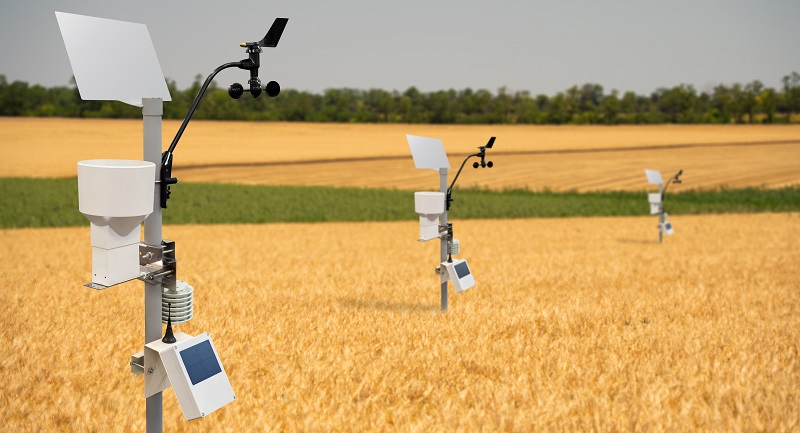