When It Comes to Trade, Is America Playing into the Hands of China?

Escalating trade wars are causing disorder in the EMS market. 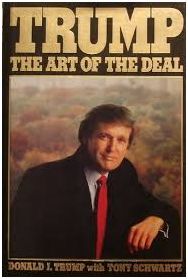 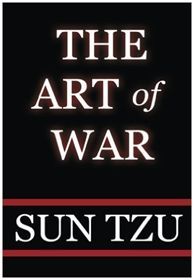 It started as a love fest between President Trump and President Xi. In a few short months the relationship has morphed into a serious confrontation exacerbated by cultural differences bringing us to the brink of business chaos.

Once seen as unlikely, disagreements in how trade between China and the US should be constituted has escalated into a war of increasing tariffs and is now spewing its initial effects. Presidents Trump and Xi are now playing poker by bidding pain against each other. Neither party is backing down. All is unfolding on the world stage with just about every industry holding its breath. What happened?

President Trump’s agenda, which seeks to reduce the US trade deficit with China, has leveled charges of unfair trade practices. Trump took the first punch, a $34 billion tariff hike on an array of Chinese imports. Instead of addressing the matter through diplomacy, China’s response called for an equal and opposite reaction. Both executives are forgoing any person-to-person exchanges, and the tit-for-tat has since led to a new round of tariffs from both sides. No end appears in sight. It is worthy to note China’s initial counter targeted President Trump’s key Midwestern voter support: the agriculture industry. We can conclude China’s targeted response considered a critical US timeline: the 2020 presidential election year.

For the electronics industry, the ongoing tariff escalation is unnerving EMS companies, their suppliers and customers. The immediacy of tariff hikes are causing all market participants to explore a multitude of solutions to maintain some level of normalcy. This objective is nothing less than mission impossible due to the immediacy of the hikes and its impact on the global EMS supply chain. China is the key manufacturer for many types (and volumes) of components and assembly services. The situation has sparked a major fire drill by multinational EMSs and OEMs to investigate sourcing from Taiwan, Vietnam, the Philippines, Laos and Cambodia. In parallel, OEMs are now focusing on the origin of components, possibly to avoid use of China-made components. For American OEMs, the trade war has derailed manufacturing strategies that are geared for predictability, minimizing risks and maintaining cost efficiencies. The need for hasty remedies is a full-heeled turn from the stability the EMS industry professes to offer its customer base.

President Xi has a clear comprehension of his counterpart. It is likely President Xi has read The Art of War, the celebrated work by the ancient China general, Sun Tsu. In the Art of War, one lesson comes to mind as we watch the surging trade war buildup. As quoted from one English translation of the book, “If your enemy is temperamental, then anger him.” This has come to pass. And both sides seem more than willing to continue to up the ante.

On the other side of the table, President Trump has authored his own playbook, The Art of the Deal. Here, the negotiation approach calls to confront adversaries mano-a-mano, winner-take-all. President Trump has labeled himself as a strong counterpuncher. And indeed, he has shown no hesitation to raise the ante of tariff hikes. Brute force is President Trump’s methodology for negotiations. The stage is set for rapid and potentially harmful confrontation.

As the situation escalates, it begs the question: Does President Xi have the same head-first fighter mentality as President Trump, or is he stealthily baiting Trump into an isolationist corner that may be irreversible?

As the electronics supply chain scrambles for solutions – relocating supply chains, moving assembly programs or even switching suppliers – all would be better served if both leaders would re-camp and deliver statesmanship, not more bellicosity. Dive into the complaints, disputes and accusations, and develop a negotiated timeline for gradual but appreciable compromises. Xi must accept trade practice adjustments and Trump should lower his demands and reset the timetable, permitting all involved businesses to adjust their operational strategies. Otherwise, if the rapid tariff hikes continue, the two combatants will leave the global EMS industry in total turmoil – not to mention the many other industries that will be affected.