No Rest for the … HoP and HiP in BGAs

Head-on-pillow and head-in-pillow look different under x-ray. The distinction is important.

The terms head-on-pillow (HoP) and head-in-pillow (HiP) are used interchangeably to describe an open circuit failure of a BGA solder joint. This is where the head is the BGA solder ball, and the pillow is the solder paste on the pad, and there is no interconnection between them. HoP and HiP problems are typically caused by an exhaustion of flux within the solder joint during reflow, tied to warpage, or movement, of the solder ball or the pad solder in that time. This results in no solder coalescence during the critical liquidus state, thus preventing the joint from forming.

Although the terms are used as equivalents, the devil for x-ray inspection is, as they say, in the details. In this case, it relates to those two small words in the middle of the terms: “on” and “in.” A distinction is needed for x-ray inspection because these two words describe, and result in, very different joint shapes. One version can be clearly seen in x-ray images, especially at oblique angle views. The other cannot, even with the most sensitive equipment.

For x-ray inspection purposes, the shape of head-on-pillow failure can be considered as a dome of pad solder sitting below the solder ball from the BGA. A head-in-pillow joint, meanwhile, is a dish of pad solder that “cups,” but is separated from, the BGA ball (FIGURE 1). This means in an oblique angle view x-ray image the HoP will have a very characteristic shape (FIGURES 2 and 3), where the ball and pad are seen as discrete features, especially compared to good joints. In contrast, the HiP has a small separation between the two solder components, as minute as a few microns thick. X-ray inspection is a relative absorption imaging technique, meaning there needs to be some reasonable and adequate density difference between the presence or absence of additional material in equivalent features for them to show up as different grayscale values in the image. For the HoP joint, the very different shape from that of a “good” joint means there is adequate difference in density for it to be seen in the image. However, for HiP, the joint shape in the x-ray image looks very similar to that of a “good” joint, and the density variation of an additional few microns thickness of air between pad and ball is insufficient to show up in the image, even in the most sensitive x-ray systems. This will be especially difficult, considering this fault must be viewed through many hundreds of microns of solder paste in both parts of the “joint,” let alone the additional thickness/density of the board and the device itself. 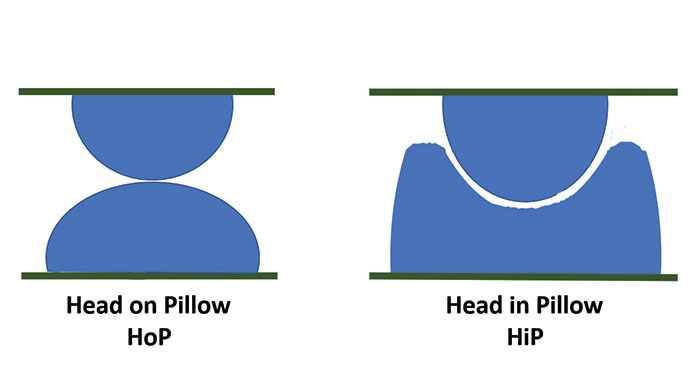 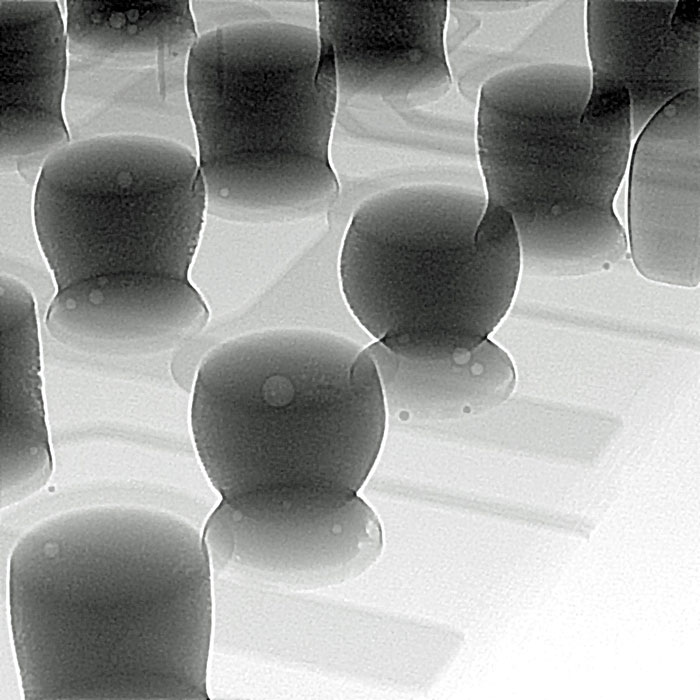 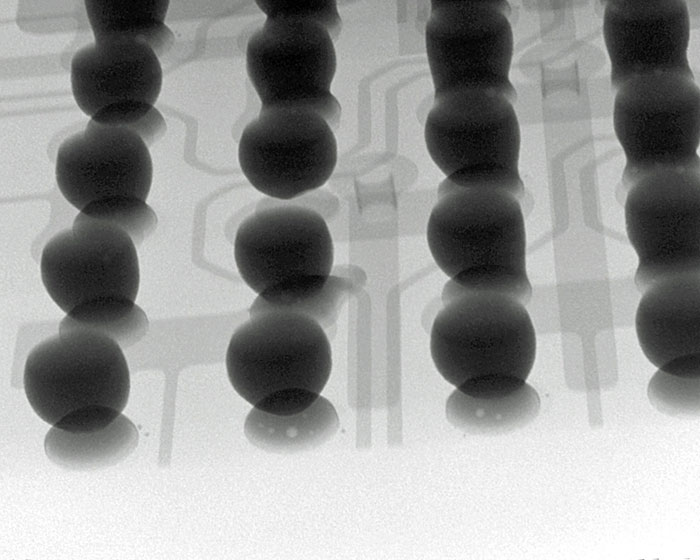 I have said before that joint shape variation and inconsistency across the device will often suggest something is not right and indicate the need for further investigation. So, using x-ray inspection for BGA analysis should allow you to see the HoP issues but not HiP, even though this technique is the primary way to investigate these issues nondestructively. If HoP is not seen and HiP is still suspected, then a more destructive approach may be necessary, such as the die-and-pry technique. It may be possible to use the full CT technique to indicate the presence of HiP, as it will take 2-D x-ray images from 360° around the joint. This would include several images perpendicular to the ball-to-pad axis, where the additional density of the board and device materials is not present in the image. With the most sensitive x-ray systems, this may provide sufficient image density variation, even with such a small gap between ball and pad, that would allow the CT reconstruction to provide some indication of HiP separation.

However, this very subtle variation would still need to be seen over the densities of the rest of the joints in the device, and the BGA would have to be cut out of the board to enable sufficient magnification to be achieved in the 3-D CT model. If this route is taken, this extracted volume is about the right size to perform a microsection afterward, which may be the only way to confirm the presence of HiP.

HoP and HiP problems will provide you no rest if they occur. But please remember x-ray will usually show the HoP but not the HiP.