SMT Adhesives: Print, Dispense or Both?

Printing is faster, but what about volume control?

Although not as commonplace as it used to be, stencil printing of SMT adhesives is still done, and in the right application, is still extremely fast compared to automated dispensing systems and pin transfer. Of course, those were simpler times back when adhesives were printed on the underside of PCBs to hold SMT chip components (primarily) in place during wave soldering. Soon a greater variety of SMDs (leaded and such) joined the fray, while automated dispensing systems became much faster; gantries began mounting more than one dispense pump head, etc. Automated dispensing offers the advantage of being able to deposit controlled amounts of adhesives onto sites on PCB surfaces that have other structures already on them, which can’t be done with a stencil, and there are other flexibility issues that give the dispenser an edge. But in terms of speed, printing adhesives can’t be beat.

SMT adhesives are much the same as when initially developed in the late 1980s for the emerging double-sided SMT PCB assembly market: heat curable, but thermoplastic, so that components could be removed (heat to approximately 80°C or Tg, then “lift and twist”) and reworked. Certain desirable performance and thixotropic characteristics were designed into the formulations (e.g., non-slumping and non-stringing), printability at high speeds, high green strength, extended shelf lives, and tolerance for exposure time to the ambient environment (room temperature stability). Formulations have been changed over time to make them friendlier to automated dot dispensing, but they’re still basically the same products.

Printing SMT adhesives has a few things in common with solder paste printing, as well as a number of significant differences. For example, stainless steel foil stencils and metal-blade squeegee blades are used for printing adhesives just as they are with solder paste, but unlike paste printing, we’re not printing on pads; in fact, we don’t want the adhesive material to get too near to the pads. You generally won’t find a lot of variation in aperture shape; apertures for adhesive printing are primarily round, or ovoid. Stencil thickness determines volume, but unlike paste printing, we don’t want all the material in the aperture to transfer to the PCB.

Unlike solder paste, the printing characteristics of printable SMT adhesives do not change after a few hours on the stencil. The stencil life of most printable adhesives is measured in days. This means that the stencil does not have to be cleaned as often as with paste. The adhesive printing process is not affected by pauses in the printing cycle; even after pauses of several hours, printing can resume immediately.

In an instance where a standard flat stencil cannot be employed because through-hole components are already on a PCB surface and present an obstacle, one innovative supplier in Germany, Christian Kohnen GmbH, has developed a product named the PumpPrint stencil. These solvent-resistant plastic stencils are used when, for example, a board already populated with through-hole components is to be printed on for a second time, e.g., with adhesives. These stencils are formed with recesses for the already mounted components integrated into the design. Generally, plastic stencils with poly blades have been an alternate adhesive printing method.

High-speed adhesive printing with good results has been demonstrated with enclosed print heads due to the precise pressure control of the adhesive within the print chamber, similar to what has been observed with solder pastes in such applications as fine-feature stencil apertures, as well as pin-in-paste and high-volume demand (large) apertures. In such applications, the uniform and controlled pressure on the media forces it into challenging high aspect ratio apertures. More testing is needed, however, particularly with the latest generation of enclosed print technologies.

Perhaps the most flexible setup would include not only a printer for the easy, flat-stencil achievable adhesive printing results, but also an automated dispenser for adhesives, in the line, to handle more challenging sites such as high standoff components. In this manner, a more robust process would be built without having to resort to custom stencils or modified printing techniques to achieve required (and repeatable) adhesive application results board to board. 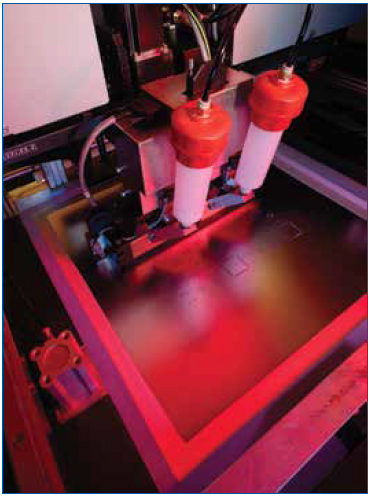 Figure 1. Pauses in the printing cycle, even ones lasting several hours, will not affect the materials.